Do you know someone with an eating disorder or perhaps suspect that someone you know may be struggling? 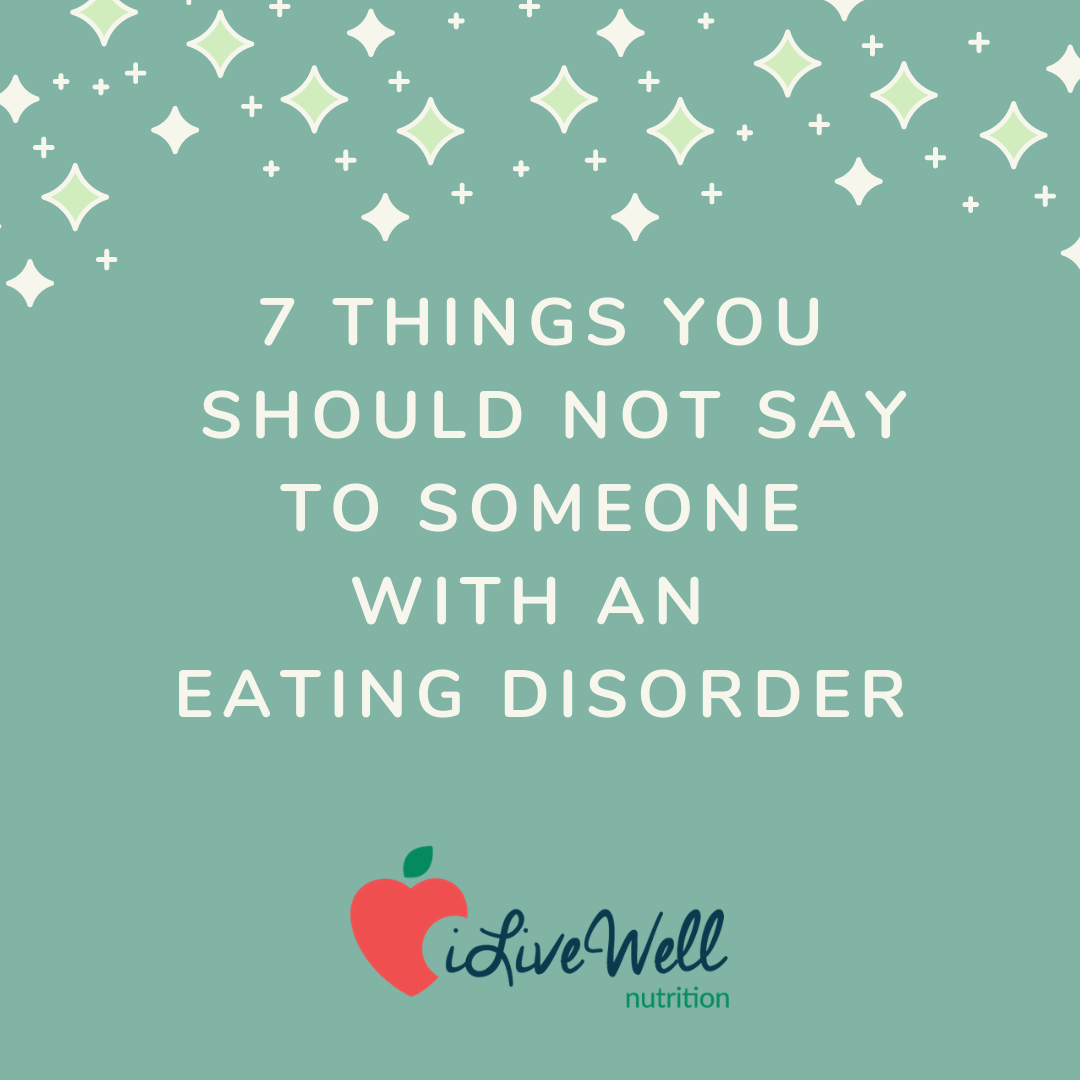 Do you want to help someone with an eating disorder but just don’t know what to do or say? Maybe they suddenly eliminate foods and go vegetarian, vegan or keto (whatever the diet of the day may be); or you find them standing over a kitchen counter, polishing off that cake you’d been saving.

Eating disorders are complex mental illnesses that exist on a large spectrum. Not all eating disorders get formally diagnosed, nor do they all match up perfectly to definitions. Most eating disorders don’t look like the versions of ED’s that you see on TV (the starkly thin, young white female).

People with eating disorders can’t just “eat normally.” They cannot escape food, because it is necessary for survival, yet it is both their obsession and worst enemy. They are likely acutely preoccupied with their body size, hyper-aware of how their body looks in clothes, their weight, or if people are watching them eat. It’s not your job to fix them, but you can be a support in their recovery.

What Should you NOT say to someone struggling with an Eating Disorder?

What to say instead:

Overall, avoid being the food police, commenting on food choices, and swerve any and all conversation about body size, weight, shape, etc. Your support and understanding is needed to help them through this.

iLiveWell Nutrition wants to help you to a place of trusting your body. Check out our 1:1 Counseling and Support Groups, where you will have the support you may need to rediscover your body trust. Thank you again for trusting us with your nutrition care.

Build A Positive
Relationship with Food

We are currently accepting new clients in our two locations – Central and South Austin, Texas If you are a potential new client, please read our FAQ SECTION to get familiar with our approach and specialties. If you think we’d be a great fit, then we can’t wait to hear from you!